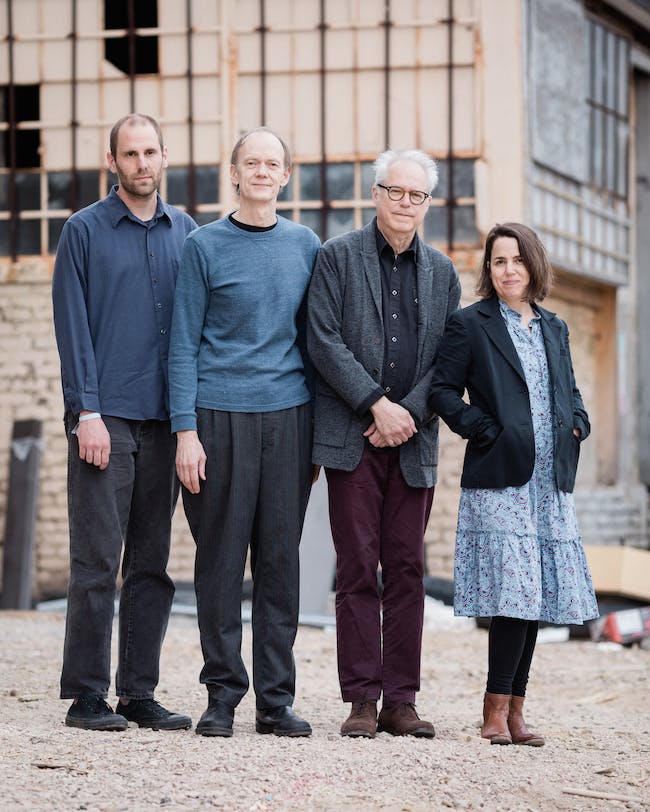 If one concept can be said to define the expansive, unprecedented career of Bill Frisell—a “fearless and adaptable guitarist,” per The New Yorker—it might be that of connection. Frisell, now 68, can’t help but draw lines between the landmarks of his life in music.

He likes to think about the rich commonalities among the jazz, roots, rock and pop music he grew up immersed in. He smiles when he chats about the enduring relationships he’s formed with his fellow musicians over the years—how old friends cycle in and out of his fold, and how one chance introduction can lead to a profound, decades-long rapport. He’s also astonished by how the jazz culture he grew up admiring from afar—the iconic players, the monumental labels, the venerated festivals and clubs—has become the place where he makes his living.

HARMONY, Frisell’s first recording under his name for Blue Note Records, embodies this idea of revisiting kinships more than perhaps any other project in his abundant discography. “It’s wild, at this point in my life, thinking back all the way to high school and all these strands of things coming together,” he reflects. “And here I am now—I have an album coming out on Blue Note. Is it possible that I could be part of all this?"

The result of a commission from the FreshGrass Music Festival, an organization dedicated to the vitality of contemporary American roots music, HARMONY features new compositions, imaginatively reworked music from Frisell’s catalog and a typically sharp selection of jazz and Americana staples. It also touts plenty of untraversed creative ground.

Frisell had long wanted to match these particular talents and test the alchemy of this unique, drum-less configuration. Hovering between a chamber ensemble, small-group jazz and a classic American harmony group, the dynamic and sense of interplay here are organic and unmistakable—not least between Frisell and Haden, who are essentially family. Petra’s father, the late bass champion Charlie Haden, was a mentor of sorts to Frisell, who played with Charlie in revered bands featuring the drummers Paul Motian and Ginger Baker. Frisell and Petra have developed their own sublime accord, which they’ve showcased on projects like Frisell’s gracefully nostalgic 2016 album When You Wish Upon a Star.

Frisell, who does not sing, has worked with plenty of brilliant vocalists in the past, he points out. But HARMONY is something altogether different, he explains. “We premiered in San Francisco in 2016,” Frisell says, “and, kind of at the last minute, I thought, ‘Wow, everybody sings.’ They sang a few things, and I was like, ‘OK, now I think we’re really on to something.’"

Of course, the GRAMMY-winning guitarist and his collaborators have always sung in his various bands over the years, even when the players never opened their mouths. “Melody is everything for me,” Frisell says, a sentiment he’s shared with both the musicians he’s hired and the jazz titans he’s been hired by—like the saxophonist Charles Lloyd, with whom Frisell has made two acclaimed Blue Note albums in recent years as a member of Charles Lloyd & The Marvels: 2016’s I Long To See You and 2018’s Vanished Gardens. “I had met Charles somewhere traveling in Europe, but it was years and years before we had a chance to play,” the guitarist recalls. An invitation to join a performance at the Montreal International Jazz Festival followed, but a rehearsal did not. “I just went to his hotel room to say hello before the gig, and Charles said, ‘I’m looking forward to singing with you tonight.’ And that meant so much to me, just the idea of singing together; that’s what it’s about. Charles is one of the greatest singers I ever played with."

Frisell’s work in The Marvels is only one recent chapter in his Blue Note story—a narrative that all jazz musicians and fans share in some regard. He grew up in Denver, and among his earliest LP finds was Volume 1 of Blue Note’s Three Decades Of Jazz, a compilation celebrating the label’s 30th anniversary that contained the universe: Thelonious Monk, Sonny Rollins, Miles Davis, John Coltrane, Jimmy Smith with Kenny Burrell, Art Blakey, Horace Silver and more. His study of the Blue Note catalog continued until he began making his own important contributions to the label’s legacy as a sideman: John Scofield’s Grace Under Pressure (1992), also featuring Charlie Haden; Ron Carter’s Orfeu (1999); Don Byron’s Romance With The Unseen (1999). In 2007, he teamed up with producers Townsend and Martine, two of his most trusted musical confidants, and drummer Matt Chamberlain to release the self-titled Blue Note debut by the collective Floratone—an experimental project that transformed extended improvisations into multi-layered studio creations that NPR called “some of the most riveting instrumental music to emerge this year."

But HARMONY is Frisell’s bona fide Blue Note debut, an opportunity for jazz’s most storied label to document the work of “the most significant and widely imitated guitarist to emerge in jazz since the beginning of the 1980s,” according to The New York Times. Longtime fans will recognize Frisell’s ongoing calling to both honor the totality of American music and represent his personal history with integrity. (Or, as Blue Note President Don Was puts it, “I love the way that Bill annihilates the concept of genre.”) “If I think back throughout my whole life, all the music that I’ve loved,” Frisell begins, “why can’t it all be there at the same time? You can play a Bob Dylan song and you can play a standard song or a Charlie Parker song, and they can fit together. Why not? There’s no reason why you can’t have ‘Lush Life’ and ‘Red River Valley’ on the same album. They’re both beautiful songs.”

HARMONY’s through line is beautiful songs. Along with those two aforementioned gems, the highlights are numerous. Frisell’s melancholy-kissed lullaby “Everywhere” leads to “God’s Wing’d Horse,” whose melody finds its roots in Frisell’s Disfarmer project, and whose lyrics come from Julie Miller, the wife and key musical partner of roots great Buddy Miller, another of Frisell’s musical compatriots. Bergman’s arranging gifts are brought to the fore on a stunningly nuanced take of Lerner and Loewe’s “On the Street Where You Live.” The group delves into timeless Americana—and some of Frisell’s earliest inspirations—with Pete Seeger’s sadly still-relevant “Where Have All the Flowers Gone?” and Stephen Foster’s “Hard Times.”

“Deep Dead Blue” is a wonderfully affecting reprise of a musical/lyrical collaboration between Frisell and Elvis Costello. “There in a Dream” affords Petra, Frisell and company an opportunity to pay homage to Charlie Haden, matching the bass legend’s heartrending melody to lyrics crafted by the singer-songwriter Jesse Harris in 2017, at Petra’s request. Harris is also a longtime friend of Frisell’s, and the two have joined up over the years in various settings. In 2002, Frisell played on “The Long Day Is Over,” a gorgeous song from Norah Jones’ Come Away With Me; the song was a Jones-Harris cowrite and, of course, the album was Blue Note’s most commercially successful release of all time. Coincidence? For Frisell, there are only fortuitous happenings. “Again, as my life goes on,” he says, “I just can’t believe how blessed or lucky or whatever the word is for these occurrences."