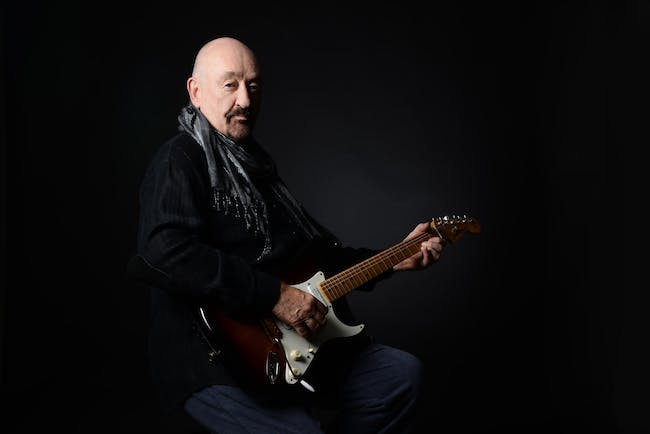 Rock and Roll Hall of Famer Dave Mason has been performing live shows for more than 50 years. Music is Dave's passion and desire, and 2018 marks a new year in his musical journey. With that in mind, he has prepared a new live show entitled, “The Very Best Of Dave Mason”, which promises to live up to its title.

This new, live show will enhance the popular 2017 Public Television filmed live concert and feature some of Dave’s most beloved songs like "All Along The Watchtower”, "Only You Know and I Know," "Every Woman", and "We Just Disagree" plus the rock anthem “Feelin’ Alright”. The audience will also delight in some deeper tracks from Dave’s albums as well as some of his most favorite songs that have shaped his illustrious career. In addition, Dave will share photos and first hand accounts of rock stories that can only be told by the man who has walked in his shoes.

Best known for his soulful voice and unsurpassed guitar playing, Dave was inducted into the Rock & Roll Hall of Fame as a founding member of the group Traffic, and continues performing as a solo artist with sold-out shows all over the world. His career spans several important rock eras, and encompasses his work as a producer, performer, songwriter, and consummate guitarist. A quintessential ‘Artiste’, Dave has collaborated with numerous members of the music elite, including Jimi Hendrix, George Harrison, Paul McCartney, Stevie Wonder, Michael Jackson, Eric Clapton, among many others.

Described as “one of the best acoustic pickers on the scene today,” Cary Morin brings together the great musical traditions of America and beyond like no other. With deft fingerstyle guitar and vocals that alternately convey melodic elation and gritty world-weariness, Morin crafts an inimitable style often characterized as acoustic Native Americana with qualities of blues, bluegrass, jazz, jam, reggae, and dance.

“ ‘Cary Morin is a unique and brilliant guitar player, songwriter and singer, ‘ says renowned folk musician David Bromberg, extolling the virtues of one of his favorite players. ‘It’s hard to pick out what he does best. As a guitar player, I have huge respect for Cary’s style and technique on the guitar. If you haven’t heard him yet, you should. Try to remember that it’s only one guitar.’ “ - Dan Forte for Taylor Wood & Steel Magazine, June 2018.

Morin’s sixth release, When I Rise, follows close on the heels of an international tour that spanned the U.S. and reached as far as Italy, France, and Germany.

Crow tribal member and son of an air force officer, Morin was born in Billings, Montana. He spent the bulk of his youth in Great Falls, where he cut his teeth picking guitar standards at neighborhood get-togethers, before relocating to Northern Colorado. There, his musical career hit the ground running with The Atoll, a band he founded in 1989 and that toured nationally, gaining a devoted following. Later, he achieved international acclaim with The Pura Fé Trio, for whom the single “Ole Midlife Crisis,” which Morin wrote and performed with Pura Fé, placed at number 17 on France’s iTunes blues chart. With The Atoll and The Pura Fé Trio, and as a solo artist, Morin has played celebrated venues across the globe, including Paris Jazz Festival, Winter Park Jazz Festival, Folk Alliance International, River People Festival, Shakori Hill Festival, the 2010 Vancouver Olympics, and most recently Rochefort En Accords festival in France and The Copenhagen Blues Festival.

Morin’s stage credits also include Tribe at the Celebrity Theater in Phoenix, and co-authorship of Turtle Island, a 50- member production that played two consecutive years to sold-out audiences in Northern Colorado. With the Red Willow Dancers, he was a guest of the internationally renowned Kodo Drummers, performing at their 1998 Spring Festival and additional dates in Japan. He has produced or performed on over 18 recordings, and has toured across the US, as well as Japan, France, Germany, Italy, Switzerland, Spain, Belgium, Denmark, and the UK. Morin’s performances have reached millions on national TV in Japan, France, and the UK, as well as on national radio in the US (NPR’s Beale Street Caravan), UK (BBC’s Whose London), France (RFI), Switzerland, and Belgium.