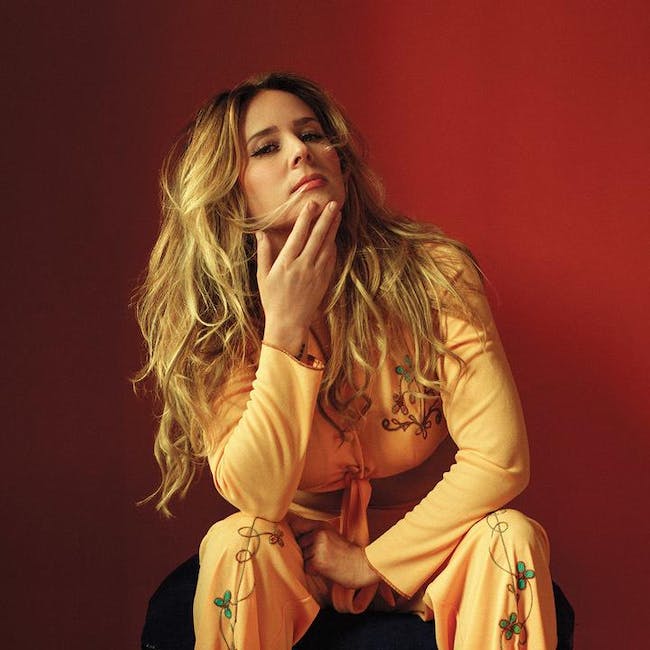 - All tickets are General Admission (GA) seats. If you require accessible seating or other accommodations, please purchase your GA tickets and reach out to Daniel@z2ent.com to help us make your visit as enjoyable as possible.

It all stems straight from the heart. Nashville-based songstress Lucie Silvas unapologetically personifies a spirit of freedom. Like a well-traveled rolling stone, her music threads together an Americana patchwork of retro-fitted pop and countrified rock, echoing sweet Motown soul, dripping dirty Delta blues, and reflecting Laurel Canyon bliss. However, her independence behind-the-scenes makes such sonic fearlessness possible in the first place.

When it came time to record her fourth full-length E.G.O., she took the reins, overseeing not only the creation as a performer, multi-instrumentalist, and co-producer, but also spearheading the resources and logistics under her own Furthest Point label. Out of a cozy East Nashville studio, she put everything on the line in order to create unbeholden to “anyone watching.”

As a result, the album embodies the enviable ideal of a confident woman in control of her own destiny.

“Going into the studio, I felt like a college kid again,” she smiles. “I was doing this with no record company, A&R guys, or managers around. It was as if I’d been given the keys to a place I really wasn’t supposed to be. I made what I wanted. For me, it had to be totally different from any other female artist out there, because of all the things I love. I wasn’t thinking about trends or what’s hot at the moment. I didn’t care. I was doing something that made me happy. I needed to do this without worrying about any external opinions. So, I did.”

However, she sowed the seeds for such a body of work long ago. Raised between the United Kingdom and New Zealand, the songstress lived in both countries throughout her formative years. Moreover, she educated herself on everyone from Nat King Cole, Frank Sinatra, and Judy Garland to Hank Williams, Sr., Dolly Parton, Elvis Presley, the Four Seasons, and Rolling Stones by combing through an extensive vinyl collection amassed by mom and dad. Kicking off a successful solo career in 2000, her discography grew to include Breathe In [2004], The Same Side [2006], and Letters to Ghosts [2015]. Not to mention, she captivated fans on tour alongside Chris Stapleton, James Bay, Little Big Town, Miranda Lambert, and many more. In Europe alone, she sold over one million albums throughout this time and toured with Elton John, Macy Gray, and more. Settling in Nashville, she stands out as the only British-born act making waves today.

When she hit that Nashville studio alongside “best friend” and co-producer Jon Green [James Bay, Linkin Park], Lucie walked in with a crystal-clear idea in mind…

“I said, ‘I could picture us getting into a time machine from 1967 and arriving in 2034, and that’s how I want the record to sound’,” she recalls. “I needed it to have a modern approach, but still be roots-y and real. There’s an old school sensibility. Jon was on the same page. He knew exactly what I wanted the music to be and who I wanted to be. You can’t do something new by just copying, so we searched for a way to make everything fresh. It’s a combination of the styles I love, but it feels contemporary. We were trying to build something old that could exist in a new world.”

That sound immediately resonated amongst fans and tastemakers alike upon arrival. NPR premiered the album as part of its prestigious “First Listen” initiative, and further acclaim came from Rolling Stone Country, Billboard, and more straight out of the gate.

Her vision unfolded seamlessly over the course of the tracks themselves. The opener “Kite” takes to the sky on the winds of a stomping groove, wild accordion, chapel-ready backing vocals, and an equally hummable guitar solo courtesy of Lucie’s husband and six-string virtuoso John Osborne [The Brothers Osborne]. A Spaghetti Western-style rustle brushes up against her simmering smoky croon on “Girls from California” where she sings, “He only wants those girls from California.”

Elsewhere, the title track “E.G.O.” skewers our society’s addiction to “social media likes” as it struts forward on a cheeky and funked-up refrain, “Everybody gets off…on the fame and the glory. Trying to chase out the lonely. We wanna be loved, we want it right now.” Osborne once again lends his fret talents to the fore.

On the 2019 single “Black Jeans,” she slips into a dusty and dynamic delivery that’s as wonderfully worn and comfortable as your favorite denim. The jazz-y cadence floats over a slide guitar cry and steady drums.

“After worrying about how other people perceived me for so long, this is a little, subtle ‘Fuck You’ to anyone who thinks they know everything about me at first glance,” she says. “It’s a liberating song that says, ‘This is what I’m doing. I’m going to get out there, say what I want, wear what I want, and be what I want without caring.’ You can think whatever you want, but I’m doing me. It’s a freeing moment.”

Everything crescendos towards the confessional closer “Change My Mind” where Lucie details a personal revelation by way of lyrical intimacy and delicate delivery.

“I was always set in my ways,” she admits. “I never thought I’d get married. I never thought I’d do anything traditional. Instead, I always fought tradition. I wanted my life to be completely mine. Then, my husband came along and changed my perspective! It’s a heartfelt and honest way to say there’s a possibility someone can always come along and change everything about the way we think. That’s a beautiful thing.”

By unabashedly embracing herself and her creativity, Lucie ultimately transfers that freedom to audiences.

“When you listen to me, I want you to come away feeling inspired to do whatever you’re doing,” she leaves off. “I want to motivate. So much music has inspired me. I’ve felt comfort in countless artists. It’s not about the noise around in the world and the comings and goings; it’s about the moment of escaping and just listening. I’d love for you to embrace what you love about yourself and music.”