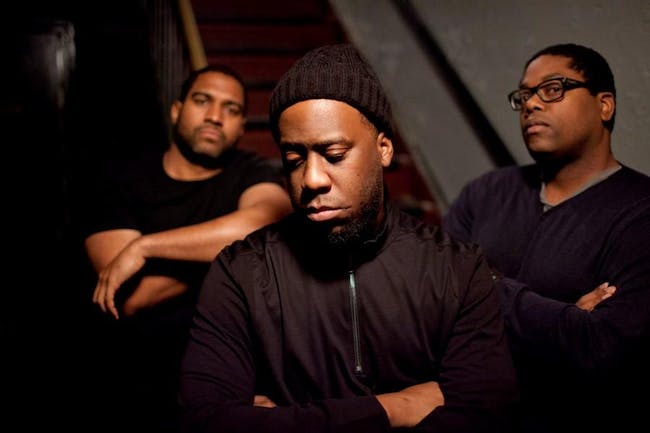 Hailing from Houston, Texas, Robert Glasper is a jazz pianist with a knack for mellow, harmonically complex compositions that also reveal a subtle hip-hop influence. Inspired to play piano by his mother, a gospel pianist and vocalist, Glasper attended Houston’s High School for the Performing Arts. After graduation, he studied music at the New School University in Manhattan, where he found performance work with such luminaries as bassist Christian McBride, saxophonist Kenny Garrett, and others. After graduating college, Glasper worked with a variety of artists, including trumpeter Roy Hargrove, vocalist Carly Simon, and rapper Mos Def. The pianist released his debut album, Mood, on Fresh Sound New Talent in 2004. Canvas and In My Element followed in 2005 and 2007, respectively, on Blue Note Records.

In 2009, Glasper released the forward-thinking album Double Booked, which featured a mix of modal post-bop and funky, ’80s Herbie Hancock-inspired numbers with two separate bands. The first of these was his trio with drummer Chris Dave and upright bassist Vicente Archer; they recorded five originals and a cover of Thelonious Monk’s “Think of One.” These tracks were followed by five more originals by his electric band, dubbed the Robert Glasper Experiment, featuring Dave, electric bassist Derrick Hodge, and Casey Benjamin on saxes and vocoder.

Three years later, the Robert Glasper Experiment (with a slew of guest vocalists) issued their first stand-alone album, Black Radio, for Blue Note, which sought to blur the boundaries between jazz, hip-hop, R&B, and rock & roll. It entered the jazz chart at number one and went on to win a Grammy Award for Best R&B Album. Later in the year, Glasper and Blue Note released Black Radio Recovered: The Remix EP. 9th Wonder, Georgia Anne Muldrow, and Pete Rock were among those who participated. The following year, the Robert Glasper Experiment (then including Hodge and Benjamin with drummer Mark Colenburg) returned with their equally star-studded sophomore album, Black Radio 2. It also won a Grammy, this time for Best Traditional R&B Performance for a cover of Stevie Wonder’s “Jesus Children of America.”

Glasper returned to his original acoustic piano trio format with bassist Archer and drummer Damion Reid. They cut 2015’s Covered live at Capitol Studios in front of an invited audience. The album’s pre-release single was a reading of Radiohead’s “Reckoner”; it was released in April, followed by the album in June. Glasper also played on Kendrick Lamar’s celebrated To Pimp a Butterfly and Maxwell’s blackSUMMERS’night. For Don Cheadle’s 2016 Miles Davis biopic, Miles Ahead, the pianist curated the soundtrack and wrote original music, which included contributions from Wayne Shorter, Herbie Hancock, and Gary Clark, Jr. Glasper also recorded Everything’s Beautiful, a Davis tribute album in celebration of the trumpeter’s 90th birthday. Glasper reimagined classic tracks with an all-star list of collaborators who included Wonder, Muldrow, Erykah Badu, Hiatus Kaiyote, and John Scofield. Featuring the single “Ghetto Walkin'” fronted by Bilal, the album was issued that May. the Robert Glasper Experiment returned to the studio in early 2016 with a different m.o. Instead of working on the pianist’s music or covers, the quartet members wrote and arranged together in the studio for the first time. The resulting Artscience was issued in September after the pre-release singles “Day to Day” and “Thinkin’ About You.” ~ Matt Collar & Thom Jurek