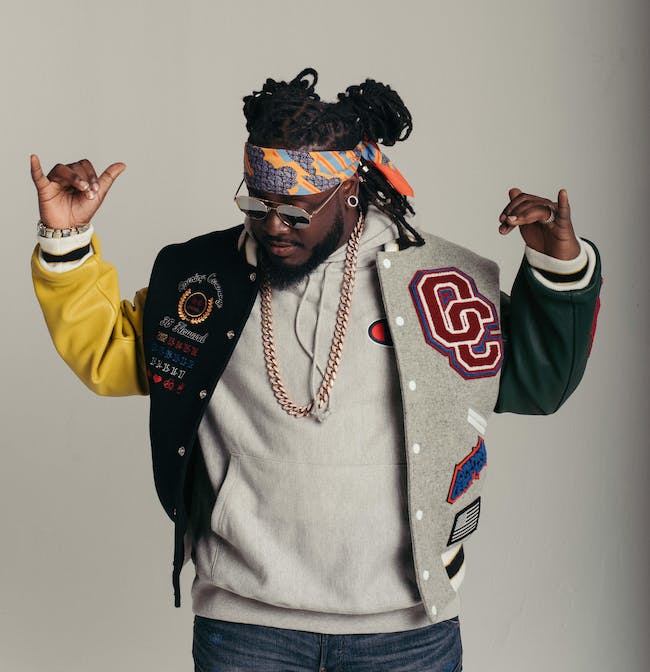 Due to unforeseen circumstances, T-Pain on November 18 at the Boulder Theater has been canceled. Refunds available at point of purchase. Apologies for any inconvenience.

With 60 hit songs under his belt and two Grammy trophies on his mantle, T-Pain has cemented himself as one of the most influential artists of all time. But even he needed a bit of time to himself to reload. After a successful run of #1 hits, albums, tours and a plethora of cameo appearances, T-Pain took some time off to enjoy the fruits of his labor and perfect his craft.

In 2018, T-Pain has returned and he is back and better than ever. He launched an “Everything Must Go” campaign in August to clear out his vault of unreleased music as a gift to his dedicated fans, he is currently the star of the hit television show on Fuse titled “T-Pain’s School of Business”, the dean of his very own university-Wiscansin University, and has an album slated to come out in early 2019. T-Pain is showing no signs of slowing down and has proven that he only gets better with time.

LevyGrey is a recording artist and producer, born and raised in Harlem, New York who began his career working for DMG Clearances, helping with sample clearances for Kendrick Lamar’s To Pimp A Butterfly and Diddy’s Money Making Mitch. Experienced working on movie soundtracks, Levy has involvement in production and co-production on a total of 14 songs from the Netflix original Deuces, along with production in the new film True To The Game and the trailer for Brotherly Love.

In addition to producing songs with Smoke DZA and Pro Era's own Nyck Caution, Levy is finishing up his debut EP, which will be led with the self produced single “Insert Title Here” coming December 1st. Through his project, Grey looks to bring a refreshing style into the industry, carrying a unique combination of sounds, melodies, and instrumentals.